RHYTHM arises when chaos, fear, grief, struggle, passions are so strong experienced and felt --- or this was felt  long ago, in archaic times --- that they threaten(ed) the order and balance of the community.

The willingness not to perish as a community takes the elements of chaos and threat and begins to transform them into a rhythm. Chaos becomes an initially brittle and fragile, then increasingly suggestive form, not infrequently ecstatic. The greater the threat of chaos and affect, the greater the force of the rhythm, the success of which turns chaos into positive form.

The existential, extremely affect-related origin of the rhythms presented is what makes the series so attractive. All rhythms here have an archaic core; they always also signify the triumph of culture over nature and affect.

We have commenced pre – production of this 52 min. in length (charming) story on how pasta became first an Italian modern lifestyle brand and then a global success story.

In co – operation with ARTE and Bayerisches Fernsehen and in coproduction with SD Cinematografica, Rome.

And when Italian films and stars like Sophia Loren and Fernadel and others propagated and exemplified this attitude to life in America and were then enthusiastically taken up by American stars who also travelled to Italy themselves and became fans of this popular yet complex and grounded Italianità, it was only then that Italians began to identify with their pasta and live everything that is associated with it. And so, step by step, pasta becomes a global success.

Urbanisation is changing the culture of the 21st century, worldwide. Nowhere is this change more tangible than in Asia, and nowhere in Asia more so than in China.

Viewed from the West, from Europe, it seems as if they were  the messengers of the apocalypse, like a synthesis of chaos, noise, narrowness, loss of individuality. That may partially be the case, for many people and for many years.

But these urban centers are the source of growth and progress in China and around the world. They will not only contribute in  shaping the culture of the 21st century, they will significantly influence it.

A report on some of China's megacities. Role models of the city of the future?

We have entered production of this documentary film series of 2 x 44/52 min. in length. In co – production with MDR/ARD. Distributed by AUTENTIC Distribution.

The challenge is gigantic. The world is facing the biggest change since industrialization: moving away from the fossil fuels oil, coal and gas on which our energy economy has been based until now. Climate change threatens our lives and our prosperity on planet Earth. A regenerative energy system in harmony with nature should stabilize our planet again and in the end be not only ecologically superior to the old system, but also cheaper.

Is that even possible?

This question is at the heart of this documentary, which sets out to track down the world's most powerful energy projects and their creators.

This is the story of six Hungarian jews who fled to the United States and became an important element of  the “brain – power”  at Princeton University and later the Manhattan Project. They had experienced what the threat of totalitarianism felt like and they --- individually  and collectively --- declared war on the Nazi’ s attempt to win this Race for the Atomic Bomb. A  thrilling and  gripping TRUE story.

On the occasion of David Hockney's 85th birthday, our documentary "David Hockney - Time Regained" will be shown at the Gemäldegalerie Berlin on 09.Juli.2022 at 14 and 16h.
Fore more information:
https://www.smb.museum/en/whats-new/detail/documentary-film-and-dialogue-to-celebrate-david-hockneys-85th-birthday-on-9-july-2022/ 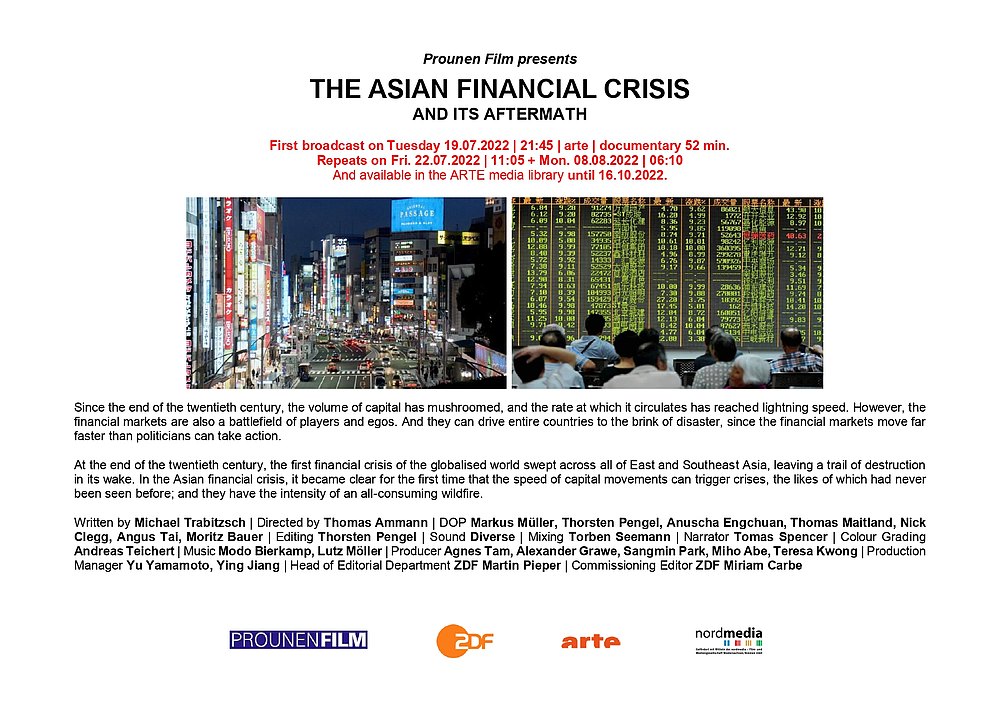 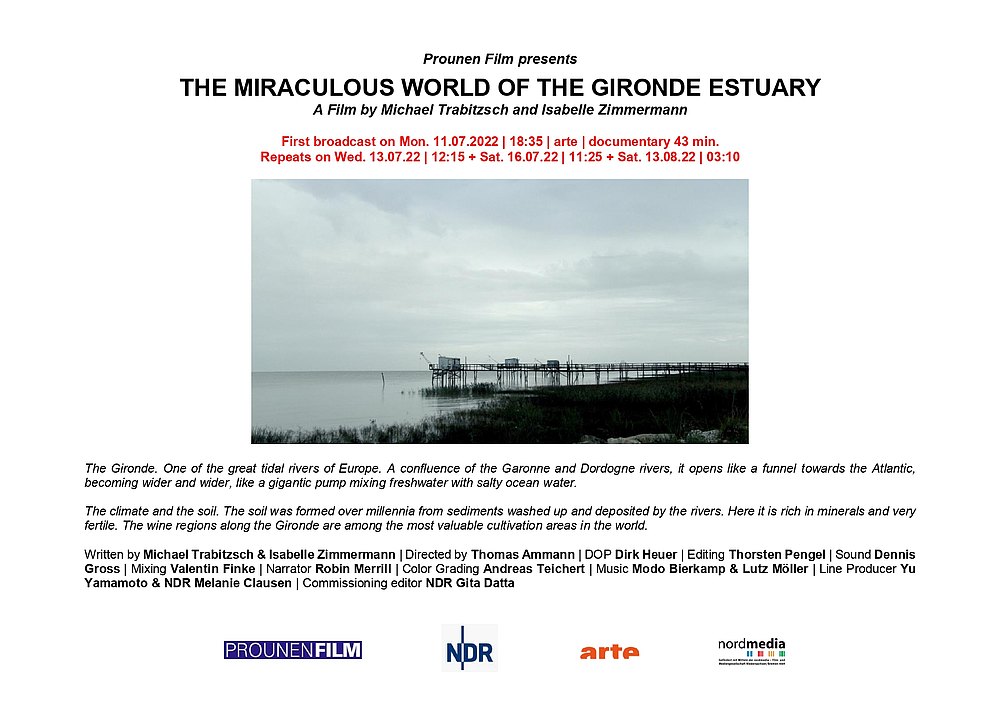 We conceive and create documentations and documentaries for an international public for all media platforms.

The Asian Financial Crisis and its Aftermath

The Five Mountains of China

The Proteom Code - Journey to the Cell’s Core

Suivre la Dordogne - The Wild Waters of the Auvergne

Suivre la Dordogne - The Verdant Green Hills of the Bergerac

The History of the Angels

Dreams of the Settlers: An American Journey - Through Utah's Canyons to Salt Lake City

Dreams of the Settlers: An American Journey - Through Louisiana along the Mississippi

Dreams of the Settlers: An American Journey - Along the Shores of the Great Lakes

Secrets of the Stone Age

The Mystery behind Monsa Lisa

We conceive, realize and grow contemporary and exceptional web-based series for audiovisual platforms.